The public hearings on Bill 38, An Act to amend the Act respecting end-of-life care and other legislative provisions, began on May 31st and ended yesterday with the exclusion of any voices that disagree with the MAiD by advance directives for persons who have lost their capacity to consent. This is a very worrisome first. Indeed, since the beginning of the debate on the issue of “dying with dignity” in Quebec, the parliamentary groups have always had the wisdom to give voice to the opponents.

After reviewing the list of invitees to the public hearings, Living with Dignity wrote early Tuesday morning, to the Executive and the members of the Committee on Health and Social Services to remedy the situation. At this time, we have only received notice that the information was transmitted to the Committee members through the through the Parliamentary Committees Directorate.

“To rush a Bill through by June 10 is one thing, but to consider it while completely ignoring all of the experts who oppose the most significant extension since the adoption of the Medical Aid in Dying law seems inconceivable to us. We continue to hope that the Committee will invite new experts to complete its consultations addressing the historic frontier of induced death by advance request for persons incapable of decision-making.”

– Statement by Mr. Alex King, President of the Living with Dignity Citizen Network

Note that the Select Committee on the Evolution of the Act respecting end-of-life caretook the time to hear from multiple voices (including Living with Dignity), during its consultations in 2021. It remains difficult to understand why only groups supporting the extension of MAiD by advance directives, received an invitation to testify before the Parliamentary Committee.

With respect to the obligation of hospices to offer Medical Aid in Dying (with some exceptions, as expressed in Bill 38), Living with Dignity welcomes the position of the “Alliance des maisons de soins palliatifs du Québec” expressed in their press release.

Quebec must respect their choice to either offer or not offer medical aid in dying under their roof (‘protection of conscience’ cited in the VDD press release of May 25). Many other groups associated with palliative care share this view and would also deserve an invitation to testify as the Alliance did yesterday. 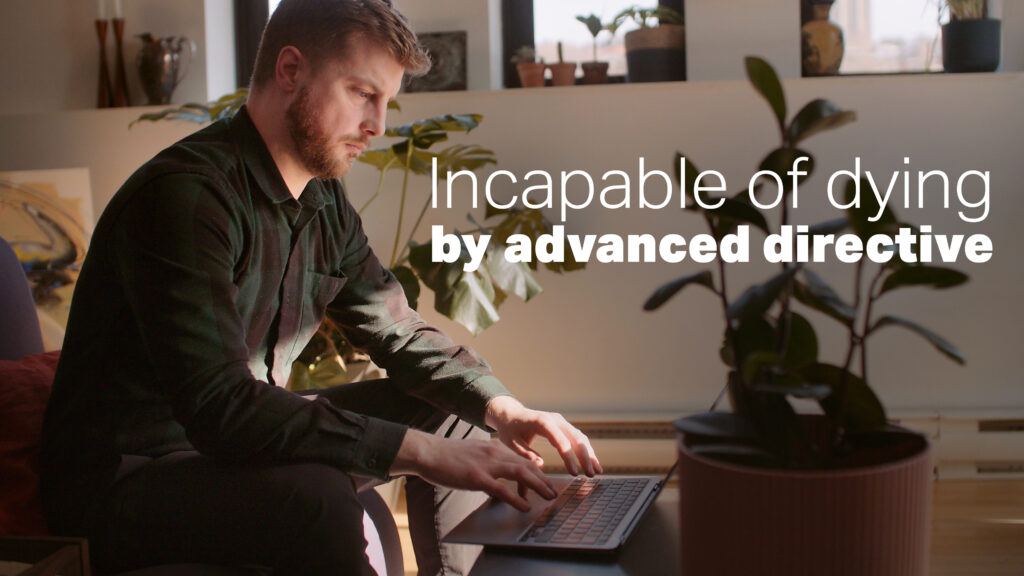 One of the experts who should be heard during the Committee’s consultation is without a doubt Dr. Félix Pageau, a geriatrician and author of the book “La responsabilité de protéger les personnes âgées atteintes de démence. Manifesto”, published by the Presses de l’Université Laval.

Incapable of dying by advanced directive

This series of four short videos allows Dr. Pageau to express his views on the following essential themes in the debate on Bill 38:

Loss of autonomy: care is available

The mirage of autonomy

These videos are also available in French on the Living with Dignity Citizen Network’s YouTube page.

Anyone interested in commenting on Bill 38 can do so via this page of the Quebec National Assembly website: