Chair of the Board

Alex King has an MBA from Edinburgh Business School and a graduate diploma in French from the Chartered Institute of Linguists. He has had a 20+ year career in fundraising in the non-profit sector in the UK and in Canada.

Since 2018 he has been Senior Director, Development at the Montreal General Hospital Foundation. Dr. Patrick Vinay holds a B.A and an M.D. from the Université de Montréal. He also holds a certificate in nephrology and a PhD in clinical science (biochemistry). After two years of post-doctoral training at Oxford University under Professor Hans Krebs, winner of the Nobel Prize in Medicine, he began a career in research at l’Hôtel-Dieu de Montréal.

Throughout the course of his 40-year career, Dr. Vinay has published more than 200 articles and scientific papers, the majority of which deal with subjects relating to nephrology and kidney metabolism. A talented administrator, he was President of the Fonds de la recherche en santé du Québec, Chief of the Department of Medicine at Notre-Dame Hospital and Dean of the Faculty of Medicine at l’Université de Montréal for two terms.

He is active in francophone circles through the Conseil Scientifique de l’Agence Universitaire de la Francophonie, and was also the President of the International Conference of Francophone Faculties of Medicine. He is a member of the Royal Society of Canada and a knight of l’Ordre des palmes académiques de France. From 1995 to 1999, she was a Clinical Assistant Professor of Pediatric Neurology at the Alberta Children’s Hospital in Calgary. Since then, she has been a Clinical Associate Professor of Pediatric Neurology at CHU Sainte-Justine with expertise in pediatric epilepsy and clinical electrophysiology. Director of the teaching program in pediatric neurology from 2002 to 2012, she was also a member and vice-president of the CHUS Ste-Justine Ethics Committee (2004-2012), of the Disciplinary Committee (2012-2014), and a member and president of the Subcommittee on the Quality of the Procedure since 2013. Dr. Ferrier studied medicine and completed her residency in family medicine at McGill University. She works in the Geriatric Outpatient Clinic at the McGill University Health Centre. She also has experience working as a family physician in Ville St-Pierre. In her current position she sees patients suffering from a variety of ailments related to aging, especially dementia. She is the director of the Competency Assessment Clinic. She is an Assistant Professor of Family Medicine at McGill University and is involved in clinical teaching for medical students. Dr. Ferrier has a longstanding interest in bioethics, especially in the protection of vulnerable older patients. Since 2000 she directs a discussion group on bioethics for health professionals. Marie Bourque is a teacher by training. Passionate about youth and formation of people, she has been heavily involved in educational circles for many years. She has always had at heart the promotion and defense of the rights of parents, first and foremost educators of their children. Wife of Dr. André Bourque (who died in December 2012), who was co-founder of the citizen network Living with Dignity and of the Physician’s Alliance against euthanasia. She is also a mother and grandmother of several grandchildren. 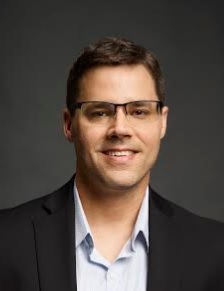 Cory Andrew Labrecque, PhD, is Associate Professor of Bioethics and Theological Ethics in the Faculty of Theology and Religious Studies at Université Laval (Quebec City), where he is Vice-Dean, Director of Graduate Studies in Theology, and the inaugural Chair of Educational Leadership in the Ethics of Life. Previously, Dr Labrecque was the Raymond Schinazi Scholar in Bioethics and Religious Thought as well as the Director of Graduate Studies in Bioethics at the Emory University Center for Ethics in Atlanta. Educated at McGill University, his training is multidisciplinary: he holds a BSc in Anatomy and Cell
Biology, a MA in Bioethics and Religious Studies, and a PhD in Religious Ethics. Dr Labrecque is Vice-President of the National Committee on Ethics and Ageing (Quebec) and is a corresponding member of the Pontifical Academy for Life. 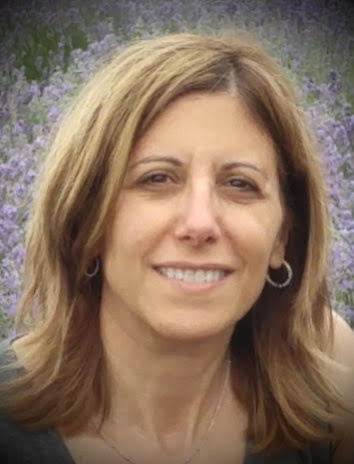 Carmie Forlini has a Bachelor of Commerce from Concordia University. She has 35+ years of corporate experience working in human resources and accounting and has owned her own bookkeeping business for the last 15 years. She has also been a certified life coach since 2014, helping her clients maximize their potential while navigating personal interpersonal conflicts. She has joined Living with Dignity because she is a firm believer that every life is precious – from conception to natural death. Every life deserves to be lived with dignity till the very end and Living with Dignity is determined to fight for this. With a bachelor’s degree in public communication, he completed his studies at Laval University in 1999 with internships at the Musée de la Civilisation (Québec City) and at the Chambre de commerce d’Île-de-France (Versailles). Jasmin began his career at the communication agency QuébéComm, as project manager for multiple clients and communications manager for the Festival d’humour de Québec (now known as ComediHa). He represented Canada in the Young International Leaders Program organized for the Japanese government, the “Ship for World Youth”, in 2002. After 7 years in Toronto (World Youth Day, Salt + Light Television), he returns to Québec City as Director of Communications for the Archdiocese of Québec. During this period, he became known in the media as a figure of dialogue. Jasmin has taken an interest in end-of-life issues by volunteering over the years to support the Rassemblement québécois contre l’euthanasie and the Physicians’ Alliance against euthanasia. The accompaniment of two of his grandparents at the end of their lives (involving a cancer for his maternal grandfather and Alzheimer’s disease for his paternal grandmother), remains a key moment that urges him to promote quality palliative care for all.